IPFS breaks up files into chunks of data called blocks. These blocks are identified by a content identifier (CID). When nodes running the Bitswap protocol want to fetch a file, they send out want-lists to other peers. A want-list is a list of CIDs for blocks a peer wants to receive. Each node remembers which blocks its peers want. Each time a node receives a block, it checks if any of its peers want the block and sends it to them if they do.

Here is a simplifed version of a want-list:

To find peers that have a file, a node running the Bitswap protocol first sends a request called a want-have to all the peers it is connected to. This want-have request contains the CID of the root block of the file (the root block is at the top of the DAG of blocks that make up the file). Peers that have the root block send a have response and are added to a session. Peers that don't have the block send a dont-have response. Bitswap builds up a map of which nodes have and don't have each block. 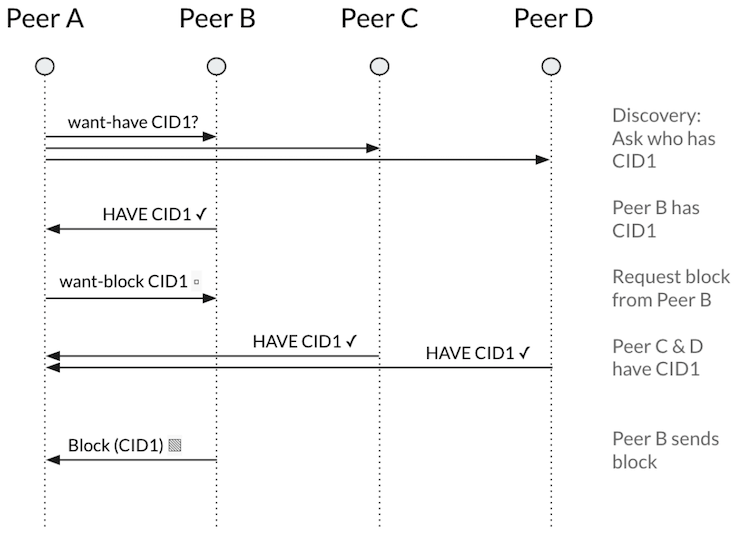 Bitswap sends want-block to peers that have the block, and they respond with the block itself. If none of the peers have the root block, Bitswap queries the Distributed Hash Table (DHT) to ask who can provide the root block.

Was this information helpful?

Edit this page on GitHub or open an issue

Help us improve this site!